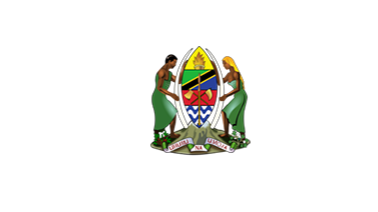 On 15th September 2022, the European Union Parliament made a resolution number P9_TA (2022) 0321 on the matters relating to the Human Rights and Environmental Concerns posed by the implementation of the EACOP Project in Uganda and Tanzania. Tanzania being one of the Shareholders to the EACOP Project is seriously concerned by grave factual misrepresentations in the resolution issued by EU Parliament.

In view of that, the Government wishes to issues the following clarifications: - The EACOP Project is being implemented with strict observance of International Safety, Environmental and Social aspects, including Human Rights. To demonstrate this adherence in the Project, a dedicated Human Rights Impact Assessment (HRIA) was undertaken as part of the project implementation process.

It is paramount to underscore the fact that the Pipeline route is designed to minimize Environmental and Social impacts as well as physical displacement and render low economic impacts to nearby communities. To exhibit this Project fact, there are 9,513 Project Affected Persons (PAPs – broadly corresponding to households and including commercial and government institutions).

Out of these, it was only 331 PAPs displaced (which represents 3.5% of total Project affected Persons) against 100,000 claimed by the EU resolution as being displaced. - Displaced PAPs are offered a choice between replacement housing or cash compensation. Over 85% of the physically displaced PAPs have opted for replacement housing. Construction of these houses has started and out of 309 houses: 37 have been completed and handed over, 55 are on completion stage and 217 are on initial construction stage.

Furthermore, the project land acquisition process (Compensation, Resettlement, Livelihood Restoration and Transition Support.) was carried out in compliant with both the Laws of Tanzania and the Performance Standards of the International Finance Corporation (IFC) as verified by Lenders Environmental and Social Consultant (LESC).

In compliance, all basic principles of compensation including treating each PAP with respect and compensating each PAP at full replacement value is the norm of the Resettlement exercise. The Government of Tanzania and the Project company agreed in principle that, no land will be accessed by the project until compensation and resettlement has been fully undertaken and notice to vacate has been issued.

This has been the norm of this Project and intensely monitored by the Government. The Government of Tanzania wishes to assure all Stakeholders including the European Union Parliament and the entire International Community that, EACOP Project is being implemented in line with Best Industry Practices in terms of transparency, Environmental, Social, Gender Inclusiveness and Human Rights considerations with the aim of ushering shared prosperity and sustainable development to its citizens.

Issued by the Ministry of Energy.